Everything you need to know to get started with CSS 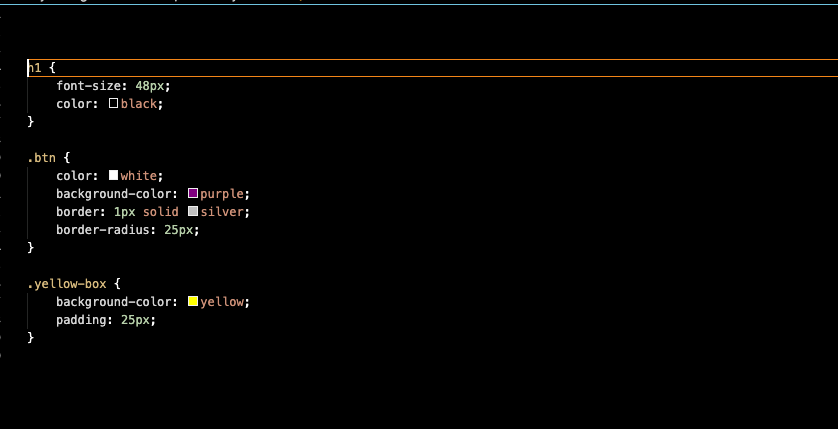 Let me start off by saying, I LOVE CSS. Like, I could style pages with CSS all day, and probably never get bored. But there are some things I’d wish I’d known before I started using CSS, and knowing them would have definitely helped with the learning curve when I first got started.

If you are new to CSS, or having trouble picking it up, then this is definitely one of those articles that you should bookmark. Yes, it’s possible to write basic CSS without them, but as your skills advance, it will definitely come in handy.

An Overview: Everything you need to know to get started with CSS

CSS or Cascading Style Sheets, is the language responsible for both styling (fonts, colors, etc) and layout (CSS Grid Model, padding, margins, etc) of an application or webpage. It is often used in combination with HTML and JavaScript to create both simple and complex projects.

When working with CSS, consider the following:

How to get started with CSS:

When using CSS on a webpage or application, there are three ways that you can do it:

According to the CSS Box Model, all HTML elements are considered to be boxes, and this model is used to determine the design and layout of an HTML element. When styling an HTML element, it’s important to understand the box model, especially in regards to padding and margin.

The CSS Box Model is made up of four items: 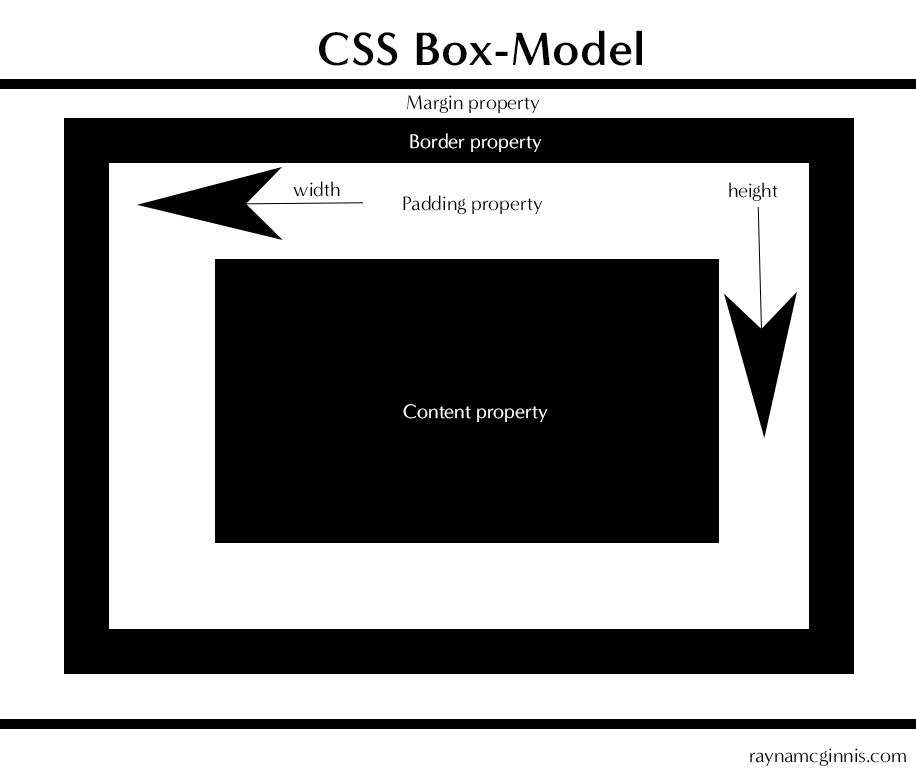 When using CSS, there are a few basic parts that you need to be aware of. These are the selector, property and value.

Selectors are used to indicate which element you would like to style using CSS.

This following list contains the most common CSS selectors,  listed from least to most specific..

The property is the specific name of the aspect of an HTML element that you are changing. For instance font-size, background-color, border, etc.

The value is the specific style that you are applying to the property. For instance 18px, orange, 1 px solid black.

Every CSS declaration must have each of these three parts in order to take effect, and must end with a semi-colon.

What is a CSS Preprocessor?

As you begin to dive into the world of CSS, you may start to hear about CSS preprocessors like SASS, LESS. and Stylus

CSS preprocessors are scripting languages that extend the capabilities of CSS. Each has it’s own syntax that is compiled into regular CSS prior to the browser processing it. It doesn’t sound all that exciting, but let me tell you, when I first learned SASS my mind was blown. It made CSS easier to read, easier to apply styles across the entire site,  easier to update and definitely allowed me to style my applications much faster than using plain CSS.

Leaner Style Sheets was heavily influenced by SASS and contains many of the same features (mixins, variables, nesting), however it is a JavaScript library and requires node to run. While SASS is arguably the best CSS preprocessor out there, LESS is known for it’s user friendly documentation and more accurate error messages, which can be great for a new coder.

Stylus is a Node.js based scripting language that’s been influenced by both SASS and LESS. It conveniently leaves out brackets, colons, semi-colons or punctuation all together.

Of course, you don’t have to use a CSS preprocessor if you don’t want to, and starting out it’s good to learn basic CSS. But you should be aware of them and what their capabilities are.

Now that you know the basics, it’s time to jump in. Here are a list of my favorite FREE CSS resources.

Have other questions about CSS? Know other great resources. Let me know in the comments below!